Art of bluff: to bluff or not to bluff?

It´s really art to bluff successfully your oponents in poker. Why? There are three types of bluffs in poker. Let’s start from the beginning with the hardest possible bluff so-called Stone-cold bluff (also known as a pure or naked bluff).

The famous professional and author of several books about poker Dan Harrington describes these bluffs as “dark tunnel bluffs”. All you see is the light at the end of the tunnel. You have no idea what´s actually going on around you. And he´s right!

These are the types of bluffs people seem to think poker is made of. In reality, it is almost never a good idea to make a bluff like this. There is very little stone-cold bluffing in real poker. To expect these sorts of bluffs to be profitable, you need to understand everything going on in the hand, including your opponent´s thoughts and plans. It´s a high-level play left only to the very best in the world. You can try stone-cold bluffing on Paddy from Connemara, but don´t be suprise when his reason why he has called you was: ” I had to pay off it was suited!”. Paddy doesn´t get your triple-barrel-stone-cold bluff! He still thinks it´s name of the funky exotic coctail.

There are many different types of poker players and you need to pick the right opponents to bluff against. As the unwritten poker saying goes:

It is always easier to bluff a good player than a bad player.

Possibly the greatest stone-cold bluff ever and one of the most iconic bluffs in televised poker history  is Brad Booth’s bluff against Phil Ivey in the third season of High Stakes Poker. Brad aka “Yukon” was kind of drawing dead with 4♠2♠ (gutshot or a magic runner-runner backdoor two pair). His crazy overbet of 300k into 50k pot made Phil Ivey to fold the best hand! Ivey really folded his pocket kings on 3♦7♠6♦ flop. Brad´s hand had almost no value whatsoever this is a textbook example of stone-cold bluff. He knew, that only way Brad is going to win this pot is if Ivey folds.

Undoubtedly, the most favourite bluffs are Quick bluffs and Semi-bluffs. Quick bluffs have  a high expected rate of success and with a small bets with minimum risk you can win  small- to medium-sized pots. Reward is always profitable.

Example: three players checked the flop Q♥Q♦8♠ you´re out of position and it´s your turn, there was no pre-flop raise and it looks like no one is interested in the pot. There are only two options: Someone has a queen and slowplaying or no one has a queen and everyone is ready to fold. Size of the pot is too small to make a hero call worthwhile. This is a position bet, intended to finish the pot, regardless of the strength of your hand.

Next Semi-bluffs are definitely a crucial part of poker, but be warned: if you semi-bluff every time you have a big draw, you’ll be as transparent as Paddy from Connemara.

Example: You choose to raise pre-flop with A♠Q♠ and get two calls. On a flop of K♥8♠3♠ you do not have anything, but a nut flush draw and two over cards. The first players checked and the second bet ¾ of the pot. If you raise your opponent´s bet, we are talking about semi-bluff as technically you have nothing and you’re behind anyone with as little as a pair. In fact, you have a flush draw and the best overcards though means you have many legitimate ways to win this pot by showdown. Your hand is worth it, making this only a semi-bluff. Ideally, your opponent will fold and you will take the pot, but if you do get called there’s a chance that you will have the nuts on turn.

Bluff only if the pot is worth it. Do not bluff into a multi-player pot. Forget about stone-call bluffs you´ve seen in cutted EPT videos on YouTube and rather focus on more semi-bluffing, the best way is to bluff when you are in position. Try to limit your bluffs to 1-2 sessions and remember that good players DO NOT bluff as often as you think! In general, there are six things you need to consider when deciding whether to bluff or nebluffovať: your image at the table, betting history, your position, your hand strength and size of the bet. This, but he knows every experienced player.

There are six general matters you need to consider when deciding whether or not to bluff: your opponents, your image, the betting history of the hand, your position, the strength of your hand, and the size of the bet. Every experienced player knows this very well.

Keep your mouth shut, and you can quarantee that you don´t give away any information. Ignore questions like:

“Do you want me to call? Will you show if I fold? How many chips do you have left?”

A strong poker player knows exactly how many chips you have in front of you and he only asked these questions to hear you talk. In fact, it is not what you say, it´s how you say it. A man under pressure and stress does strange things. Observant players who are great at reading people can almost accurately estimate the strenght of your combination just by how you communicate with them. (Pauses, inflection, breathing, movement of the eyelids, etc.). All this is information for your opponent.

Poker is not just a card game, but the game of people played with cards. Therefore, the first step is defining the different playing styles of your opponents and observing their general tendencies and behavior. However, If  Paddy asks questions again. Feel free to answer it. He still wo wouldn´t know anyway. With experienced players is the best choice to remain silent. Poker is a game of observation and this factor is the central core of poker success. 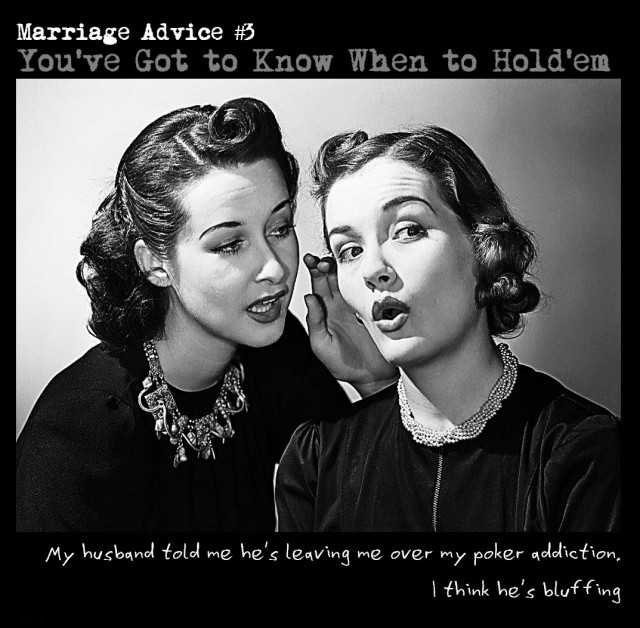